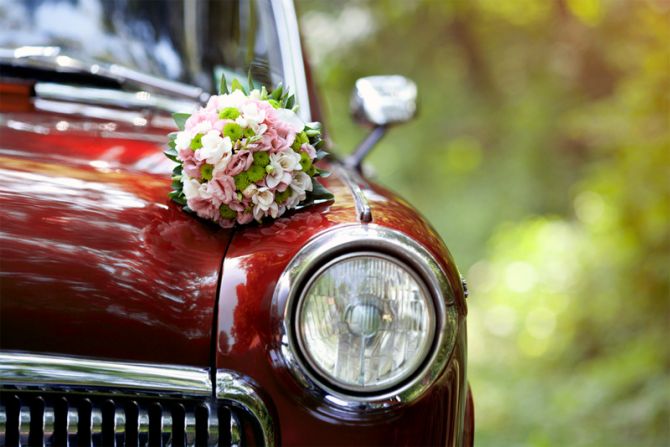 Dante and I love love love classic cars. We met at a car show one evening; well not really. I had seen him there, I thought he was really cute but I was too shy to say anything. Another car show came around at the end of the month, and I saw him there again. Now, for me, seeing a strangers face twice, that you seem to be drawn to, is a sign. Either he's a stalker, or you need to approach him and say something. So I followed my gut and I sparked a conversation with him as we checked out a 67 Chevrolet Camaro. Cars led to coffee, and coffee led to dancing, and dancing led, well, I'll leave the rest to the imagination.
Powered by TheWeddingExpert