Mark Shellinger
5
We were really impressed! This is a wonderfully flexible group of entertainers who kept everyone on the dance floor. We really enjoyed the music, enthusiasm and positive vibe.

Susan Harrell
5
They were great! On time, very nice – North called me twice to confirm arrangements which I appreciated. I was a little nervous that frat guys would not want all the Motown but it was a hit! I kept their card and would definitely recommend them. Thanks for all your assistance with this – we will be in touch with Crescent Moon again next year!

Beth Cole
5
I wanted to let you know what a fantastic job the Uptown Entertainment Band did for our daughter’s wedding. We absolutely loved them and several people asked for their name so you might get some repeat business! Thank you, thank you for suggesting them! We could not have been happier. I hope you have enjoyed a great Labor Day weekend.

Mark
5
I want to thank you for the great performance by the Uptown Entertainment Band at our New Year’s Eve party! I would like to book your group for our ‘Spring Racket” which will again be held at the Piedmont Driving Club. It will be on Friday evening, April 29th. I look forward to working with you on this event.

Ameryllis Petway
5
Thank you so much for providing entertainment during this past weekend at the Stone Mountain Chapter of Jack and Jill of America, Inc 25th Anniversary celebration. Everyone was indeed impressed with the music and showmanship displayed by 2unes and Uptown Ent.Band. I asked you to show up and show out. You were undeniably, absolutely,superior. I could not have asked for a better band to entertain our special quests. Kudos to you and your magnificent band. Your truly made this a momentous experience.

Mary Mays
5
The Historic Buford Main Street Merchants would like to thank you and appreciate your commitment to embrace our community with your outstanding jazz favors at our Annual All That Jazz on Main event in Historic Downtown Buford on the Square, One East Main Street on this Saturday, August 23, 2012. I have enclosed the attached schedule for your review. Parking is limited and will be available as first come serve. This event will be video and water will be near the stage for you as well. Let me know if you have any questions. We are looking forward to a great and successful event!.

Joan & Wade Adams
5
I can’t tell you how much we enjoyed having you and the UEB Band play for our daughter’s wedding reception at Idle Hour Country Club. The band members were professional, polite, and exceptional musicians. What a class act- from beginning to end! Jennifer and Syd were having such a great time, they hated to leave! What a blessing to have met you all. Thanks for helping celebrate the wedding and Wade’s birthday! We are available to open for you anytime!!! Just kidding… We are recommending you to all our friends for their parties, weddings and special occasions. We were so fortunate to have you come to Macon to play for Jennifer’s wedding. The UEB Band is a class act. Thank you so much. We will be looking forward to seeing you again. It would be our pleasure to give your band the highest recommendation for further bookings should you ever need a reference. p.s. Hope you liked the wedding cake! Fondly, Joan and Wade Adams

Patricia Dent
5
Hello 2unes, just wanted to say thank you again for making my husband’s birthday such a success. The Band is awesome and everyone wanted to know where you guys can be found. The Band made the party feel as if we were in Las Vegas Atlanta, thank you again for your professionalism, talent and performance it was amazing.

David Lenoir
5
On behalf of our community, I would like to thank you and the Uptown Entertainment Band for delivering what has been described as the best performance we have had from any band. The song selection kept the dance floor full and the sounds were smooth and well put together. I must say that this is one of the most talented groups I have heard. The vocals were tight and the audience seemed to really connect with the music. It is truly rare to find vocals, lead guitar, keyboards, sax, rhythm, bass and drums at this level together in one group. With lighters and cell phones in hand, it was clear they were not going to let you leave without an encore. Your group really helped to make our Oktoberfest @ Shakerag event an overwhelming success. Thanks again for a marvelous performance.

Amy Stiver
5
UEB was incredible. They were friendly, professional, and reliable. They accommodated my request to start the evening with jazz standards and then to play dance music later in the evening. The performance was outstanding! Great stage presence, awesome sound. Our guests loved them. There was a lot of dancing, even from some guests I wasn’t expecting to see on the dance floor! Throughout the evening, people made it a point to tell us what a great band we had hired, and how much they were enjoying the music. My fiance said, “I knew you had hired a great band, but they still managed to exceed my expectations!” I would recommend UEB to anyone!

John
5
We had a blast at the wedding and the band was awesome! Tunes was so accommodating before and during the wedding. I would gladly recommend Uptown to anyone looking for a great wedding band! Thanks again for all of your help!

Chris Giltz
5
North, I just wanted to thank you for your great performance during our recent event in New Orleans. Not only was the music terrific, but you got the people involved. They were up and dancing the whole night and I know they were sorry to see the evening end. If we book another of our meetings in your part of the country, we’ll be calling you to re-book. Thanks Chris Giltz

North “2unes” Woodall With “2unes” as your stage name, and if I were a betting woman, I would put money on the theory that jazz guitarist North Woodall can play his hind parts off. Mmmm, I’m feeling lucky right about now… any takers? On the real tip, my point of view is much more than conjecture. Having sampled the goods, if you will, speculation turns into truth.Primarily self-taught, it was at the age of eleven that his mom introduced him to the guitar and a love affair with music that has stood the test of time and many challenges was born. In his teens, North studied the playing styles of Ernie Isley, Santana, and Joe Walsh, among others. Hard work, determination, and a natural gift paid off. North began playing R&B, entered several talent shows and, as a result of his burgeoning proficiency with the guitar, he was quickly established with known groups in and around Dayton like The Delvones and Round Trip Ticket.Mississippi bred and Ohio led, not my words ya’ll, Woodall, followed his internal guide and headed south to Atlanta. There, he continued to hone his skills and his cup over-floweth when opportunities came a-knocking for him to share the stage with his homies, funk masters Lakeside and The Ohio Players, along with Roger Troutman and Zapp, Roy Aires, Millie Jackson, Tom Brown and Will Downing.

Karen “KD” Woodall From Co-Coa Beach Florida holding it down in Georgia. The persute of music at an early age playing the saxophone in highschool band and the keyboards in talent shows and also with her passion of dancing, she also enjoy choreographing dance steps. While listening to the accapella group take 6 is what gave her the passion to sing and write lyrics. her influence is Chaka Khan, Anita Baker, Sara Vaughn etc. She has done studio work from lead to background for several independent artists. While on stage not only does she enjoy entertaining the audience but plays the “funk box “ also known as a handsonic.” Her classy style is like no other.

Dean “Bigg Webb” Webster Hails from the land of funk, Dayton Ohio which was known for its funk bands including Lakeside, Slave and Roger Troutman back in the day! He was raised around music his entire life and he is the youngest of 4 siblings with each being an accomplished musician in their own right. (3 bass players, 1 lead guitar). He started playing keyboard and bass at the same time but it didn’t take long for him to gravitate towards one instrument and he chose the bass or did the bass choose him? As a youngster, Bigg Webb was heavily influenced by several of the great bass players including Stanley Clarke, Verdine White, Aaron Mills, Mark Adams and his brothers of course. He was in his first band at the age of 12 years old and trained his ear by learning commercials during the 30 second time limit. This would serve him well and become an invaluable tool. Bigg Webb continued to hone his skills while playing all genres of music from R&B, Jazz, Gospel and the more modern Neo Soul. He has shared the stage with many artists and continues to play in Church every Sunday! He feels his biggest asset is his ability to learn a set list at a moment’s notice and playing songs the right way. He is a bass player that understands musicianship and knows how to hold down the pocket! He has been referred to as a consummate professional by his peers and continues his true passion for music!

Melvin “Butch” Caldwell is a self-taught keyboardist from Chattanooga TN (via Athens TN). He was first introduced to the piano at the age of 5 by his mother who also played. He started playing by ear and soon was able to play whatever he heard. As butch got older he started playing for the local church and by the time he reached high school he was playing the sounds from Motown, Stax etc… His interest switched to jazz in the 70’s and was inspired by artist like Bob James, Joe sample. Butch has played with several local bands in the Atlanta area including “evolution” which he and some other musicians started in 2006. Butch has performed at venues in the Atlanta area such as Sambuca, encore, Tanqueray lounge, Blue lights, and several more. He have played for weddings private parties etc. Butch have been with 2unes and UEB since 2013.

Willie “Flint” Cox I am a Drummer, whose desire started at the age of 4, and I’ve never looked back since. I played all thru elementary school, junior high, and high school. Played for several different local bands out of Flint, MI. and perfected my craft further in school to graduate from Julia ST. Cecilia, school of arts. Opened for Chapter 8, with a local band. Change, we opened the show for them, and several other opening acts. I’ve always stayed ambitious, and inspired by new and upcoming artist with a flair for Jazz, and R&B. (and everything outside the box). Here’s to a long time coming, and being able to say Here’s too, the first Milli Yo. 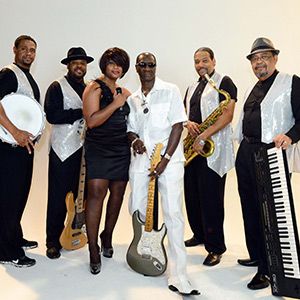 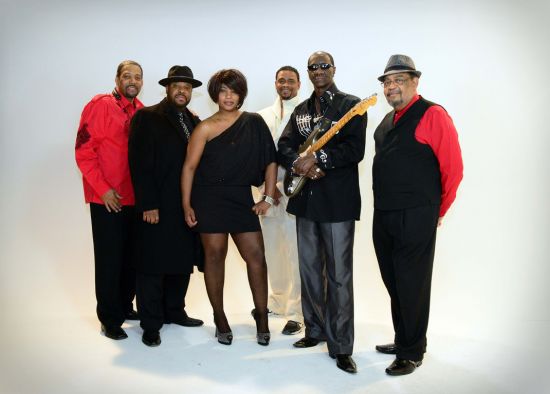 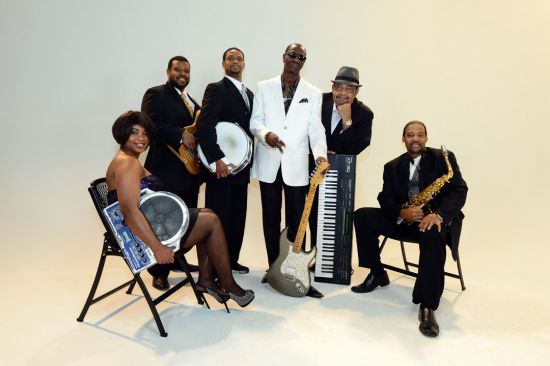 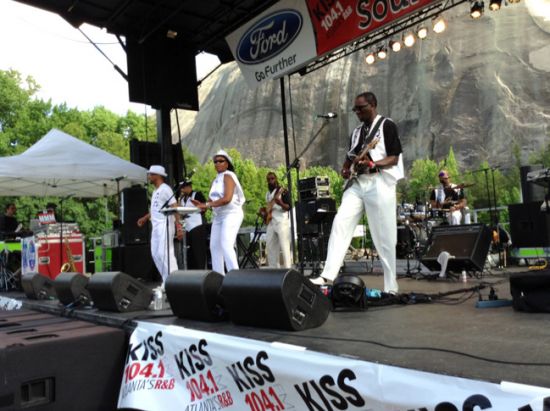 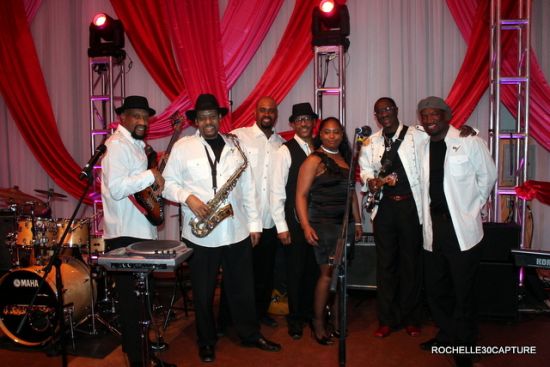 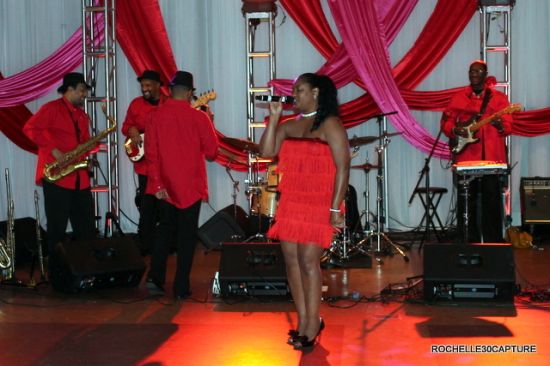 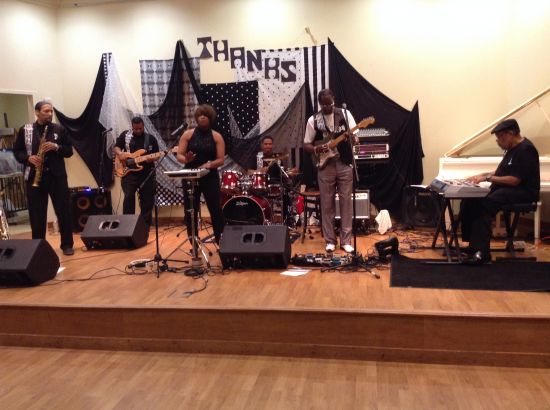 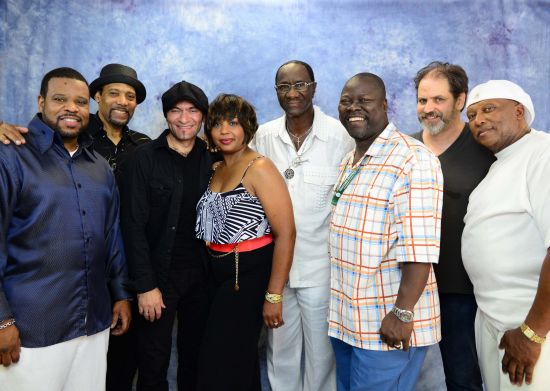