It was a clear black night, a clear white moon… No, this is not the beginning of Warren G’s 'Regulate', although I wish it was. Do you remember your first love and how it all started? Because I do. It was the best relationship I had ever been in. He was the biggest gentleman that I ever had the pleasure to be with. He made me feel like the most important person in the world, even if I was just standing in the same room as him- but, sometimes you don’t end up with your first love and you find out that he’s getting married, and that is never a fun time. 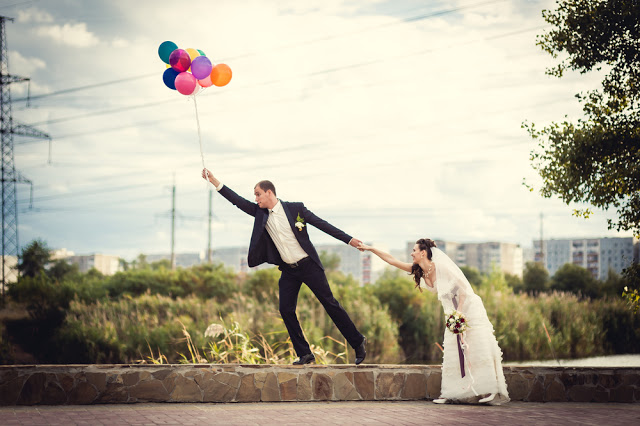 You guys need some backstory before I get in dive head first into the shallow end of my emotions. We had met before, but I never actually had a real conversation with him. The last time I had spoken to him, he had a girlfriend of 4 years. To him, at the time, I was just another body in our friends garage, just hanging out. It wasn't until a year later that we finally started to connect. It was 5 years ago,  this upcoming Halloween. There was a clear sky with a full moon. To me, it felt like the brightest night of the year. I was dressed like a nerd and he was dressed up as a Barcelona soccer player (his favorite team).

We were both single and ended up in a corner alone talking for most of the night. The next day was his birthday, he invited all of our mutual friends to dinner; I know this because I was with half of them when they got their text. Then, I finally got my text, “My birthday is tonight and I would love it if you would come out and spend it with me and my friends”. I agreed and sparks were still flying when I got there. After that night we hung out almost everyday for the next few months. Five months into it, I knew that I was so in love. I felt like an anime character - I was pretty sure that my eyes were replaced with beating hearts and everyone knew it. If you have ever met me, you’ll know that I have the hardest time admitting my feelings, in fear that they will all get stomped on with track cleats (you know, the ones riddled with metal spikes?)

Fast forward to April when we were supposed to go out one night. We had plans to go to Hollywood with my sisters. While I was getting ready I uploaded a photo of us from my birthday. He told me that I needed to take it down and he didn’t want me posting photos of us. After 6 months, I should be allowed to post a photo of me and the human that I have been sleeping with. As you can imagine, I was not OK with this mainly because when I asked him why, he responded with, “ I have my reasons”. I’m sorry, but that’s just not a good enough reason. I told him we needed to talk in person and we definitely did not end up going out that night.

A few days later, we ended up breaking up -duh. While we were breaking up, I found out his reason for not letting me put a photo of us up. This is what I got, “I’m married. It was just to get a green card but we can’t be together anymore”. My jaw dropped to the floor. Are (clap) you (clap) kidding (clap) me (clap)! I was devastated.  I literally cried for 5 months after that, and that is not an exaggeration. I was so broken that it got to the point that my best friend had to sit me down, look at me, and tell me that it was time to move on. The hardest thing I’ve ever had to do was get over my first love, and to be honest, I don’t think I ever fully did.

So, let’s fast forward again to present day. I only started talking to him this year, we are by far not close and we have had maybe 3 or 4 small conversations in the last 5 years. Look, I’m a chick, and yeah, I totally creep on his Facebook. Recently, I found out that he had a girlfriend, but he’s the type of guy that doesn’t share anything on Facebook - something we have become VERY aware of. So I grabbed my Sherlock Holmes hat and got to creepin', I had to find out who this bish was. I totally snooped to find out her identity. I snooped; I snooped real hard.

Talk about putting in work, it took me 2 hours to find her. HUZZAH! Once I got to her page, I realized that not only are they a couple, they got engaged after dating for like 8 months. For realsies!?  It kinda felt like I just got kicked right in the space where my heart belongs. Not only did I find out that he had a girlfriend, I found out who she was and what she looked like, and that he had been engaged to her for 2 months. I found out that they’re getting FREAKING MARRIED. Yeah, all in one day. WHY!? I hate the universe.
First of all, I don’t even know who this ‘Felisha’ is but I already hate her. Talk about getting your feeling unintentionally hurt. Yes, I said feeling because after my rom-com of a life, I only had one feeling left. So, now I have two choices: I can either live my life like they don’t exist and let them live their super-dooper fantastic life together, so they can go on and have a stupid looking house, filled with their stupid looking babies, and their stupid looking love- Or do I go with my second option and I make sure they have a one way ticket to Splitsville and stop the wedding? I think I need some time to decide. To be continued...

Leave a comment...
Search Blogs
Archive
2018 (15)
August (4)
What does my Maid of Honor Actually Do?
TOP 3 HONEYMOONS HOTSPOTS!
Band or DJ?
Bizarre International Traditions
July (5)
Do I HAVE to wear white?!
The Great Outdoors
Wedding Traditions & the Shocking History Behind Them
YOUR DAY YOUR WAY
Diffusing the In-Law Stigma!
June (3)
A Wineful Wedding Shower
Would you hire a psychic for a wedding or wedding shower?
It's feeling a lot like summer. Like the idea of Pool Party but don't like the EXTREME Pool Parties that aren't kid friendly?
May (2)
A White Wedding; with a touch of red & blue.
Achieving a Royal Wedding Dress
March (1)
When Your Fiancé Becomes Your Brother
2017 (17)
October (1)
What NOT to forget for your Big Wedding Night!
August (1)
Prepping An Autumn Affair
July (2)
Heartfelt Letters
Save a Few Bucks
June (2)
An Arctic Honeymoon
Slackin' on the RSVP
May (3)
Pippa, Please.
Are you the Superstitious Bride?
Cinco De Wedding
April (3)
It's been a Long Time 'Cumming'...
What Would Make You Call Off a Wedding?
Proposing One More Time
March (2)
Interracial Relationships
Favorite Proposals
February (1)
Cake and Wallpaper?
January (2)
Under-Bloomed; Over-Budget.
Saving the Date: or Rather, Picking One.
2016 (47)
October (5)
Disney Movie Love Reading
MASH Nostalgia
Color Coordination
When Friends Fall in Love
Halloween Inspired Wedding Gowns
September (1)
Brangelina Split!
August (5)
Funny Wedding Invitations
Weirder Weddings
Sheer Comes The Bride
Gluten-Free Alchy
Falling Out of Love?
July (8)
Our Top 5 Celebrity Wedding Dress Fails
Where would you like your Arses?
Now That's Some "Fly" Wedding Photography
How about Polyexclusivity?
Bridal Shoe Strategy!
The Engaged Rosie Huntington-Whiteley & Jason Statham
Cheers to That, Britain!
The Lover's Checklist
June (17)
NEWBIE ALERT: Welcome to the Wedding Videography Industry!
What type of husband are you?
Kim K. Rap Sheet
Advice for Anonymous
Why can't I find THE ONE?!
What Type of Wife are you?
Summer Wedding Favor Ideas
Wedding Planning with iMessage
Slaying a Twofer
Dapper Dan's Do's & Don'ts
Non-Traditional Wedding Cakes
Trash the Dress
Today's Celebrity Hair & Makeup Faves
Brides take to Bleaching & We're NOT talking about their Teeth.
Memoirs of Wedding Horror
"Briding" on a Budget
When Celebrities - I Do - it Humbly
May (4)
DRESSESSARY or Nah?
2016 Top 5 Wedding Themes
We're Just Ordinary People
Patiently Waiting
April (1)
5 Day-Of Wedding Disasters And How To Deal
March (2)
Dance With My Father Again
Let's Get Naked
February (1)
An Ode To The Spray Tan
January (3)
Different Strokes For Different Folks
The Year Of The Boho
Engagement Season Drinking Game
2015 (36)
December (3)
The Marriage Is Strong With This One
Grab Your Trimmers Boys, It's Manscaping Time
Let's Get Digital
November (8)
5 Wedding Traditions We're Leaving At The Alter
Thanks But No Thanks
Unplug Your Wedding
Go Fund Yourself
Inviting Grams And Pops To Your Same-Sex Wedding
What To-Do Before Saying "I Do"
How To Stop A Wedding In 14 Steps
A PSA To The Grooms Of The World
October (18)
Splitsville, USA
Spotlight Proposal
Hogan Doesn't Know Best
Swap Your Bartender For A Bud-tender
Stripper? Hardly Know Her!
Be A Blasted Bride Or Rethink Your Ink?
Here Comes The Botox
The Newlywed Game
Baby Nazis
Married And Screwed - Literally
Bride·zil·la, Noun
Put A Ring On It! Just Not That One...Or That One
Keep Your Girls Warm This Winter (Yes, I'm talking about boobs)
From Open Bar To NOPE-en Bar
Thanks For Coming, Here's Your Bill
Mancessories
Dear Parental Units
When Celebs Do It Big
September (7)
A Ring Girl And A Flower Boy
From Miss To Mrs.
Love Is In The Air! And So Are My Allergies…
7 Excellent Ways To Beat The Post Honeymoon Blues
Newlywed Checklist: What To Do After You Get Married
I See London, I See France...
Forget The Gold Bands, We Want Bones!